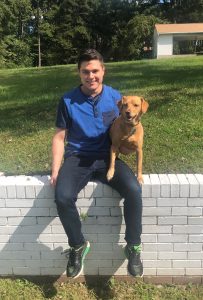 Professional interests: As an Academic Guide, I’m excited to help students navigate life at Duke with greater awareness of how their intellectual development and overall well-being are intertwined, with the broader goal of supporting each student’s idea of what personal fulfillment means as this evolves over time.

Summary of previous professional experience:
I have a background in teaching and research in the humanities and cultural studies. After completing my PhD at UC San Diego I was a Mellon Postdoctoral Fellow at the University of California Los Angeles in the “Cultures in Transnational Perspective” Program, where I taught courses in UCLA’s English Department and continued research I had begun in my graduate work on music and other popular entertainments in Hawaii–from the 1840s through ongoing US colonialism in Hawaii in the 20th century. I have completed many archival research trips to collections in Northern and Southern California, Baja California and throughout the Hawaiian islands. I’ve taught at UC San Diego, UCLA, and the University of Southern California, and my courses included critical writing, multiethnic literature, postcolonial literature and courses on US colonialism and popular culture.

Fun fact:
While in college I missed playing organized sports and was looking for an alternative to solitary long-distance running, so I decided to play rugby for UCLA during my junior year. I probably could have chosen a less injury-prone sport but I had fun learning the rules and strategies and figuring out what in the world a “winger” does.

What was the most challenging part of college for you? What did you learn from that experience?
I was a music major my first year at UCLA with a focus on French horn performance, but by the end of my first Spring semester I decided to study English and American literature instead. I loved my English classes at Berkeley High and knew I wanted to explore the English major in college, but I had been practicing and performing music from middle school onward and felt a certain pressure to follow this professional track.  At a certain point I realized I was getting in my own way and even though I was uncertain what a new direction had in store, I listened to that inner voice and made the transition to the wide world of literary and cultural analysis.

What did you learn or gain in college that you have carried with you?
I attended a very large university, and it was often a struggle to feel a sense of belonging. Over time, this experience helped me realize that sometimes communities aren’t just “there” waiting for you to find them and join.  A community is also something you can imagine and create for yourself and the people or ideas you care about. Gaining the confidence to create my own reality — to take more risks and be more proactive in seeking out creative, intellectual, and emotional support networks — has been a valuable lesson.

What do you know now that you wish you had known in college?
I would have benefited from seeking out a faculty mentor to talk over ways to translate my intellectual interests into a professional path. Too often I was way too self-reliant, and more often than not it didn’t occur to me to ask for support from faculty. Having a mentor to check in with about courses, research, or next steps after college would have made a big difference in helping me better understand and imagine what to do with my love of literary and cultural studies.

Looking for tips on navigating academic and well-being resources at Duke? Check out this archive of the Academic Guides’ “Find Your Way” newsletter!

Do you need guidance on how to email your professors about office hours, letters of recommendations and other concerns? Check out these handy email templates!